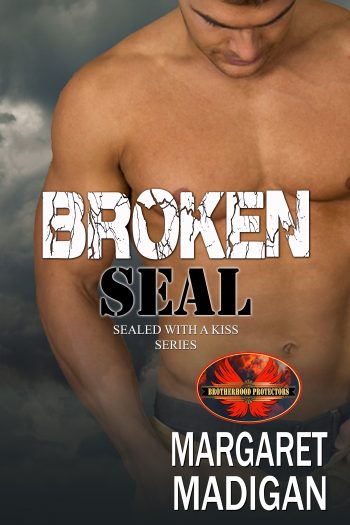 Wiley “Coyote” Strickland is an ex-SEAL, but not by choice. A reckless motorcycle accident put an end to his career. Back home in Montana he’s completed rehab, but he’s full of self-loathing and has no direction. That’s when his VA therapist tells him about Hank Patterson and the Brotherhood Protectors. Wiley’s skeptical, but Hank has a job for him right away, so he figures it’s worth a shot.

Agnes “Aggie” Dean is a hacker and cybersecurity expert. She’s hired to destroy a Russian cyber-terror cell, tracking it to the Crazy Mountains of Montana. Aggie’s a beast in cyberspace, but when her colleagues are kidnapped she discovers she’s out of her element in the real world. When she decides she needs help, the billionaire who hired her turns to Brotherhood Protectors.

Wiley and Aggie hit it off in a big—and inconvenient—way, but Aggie’s eager to rescue her colleagues, and Wiley wants to prove to himself he still has value. The terrorists make an attempt on Aggie’s life, but Wiley saves her and takes her to his place to ride out an impending blizzard. Things heat up fast, despite the frigid weather outside. Once the storm blows itself out, the two have united into a formidable team determined to chase the terrorists from the industrial district into the mountains, and bring them down for good.