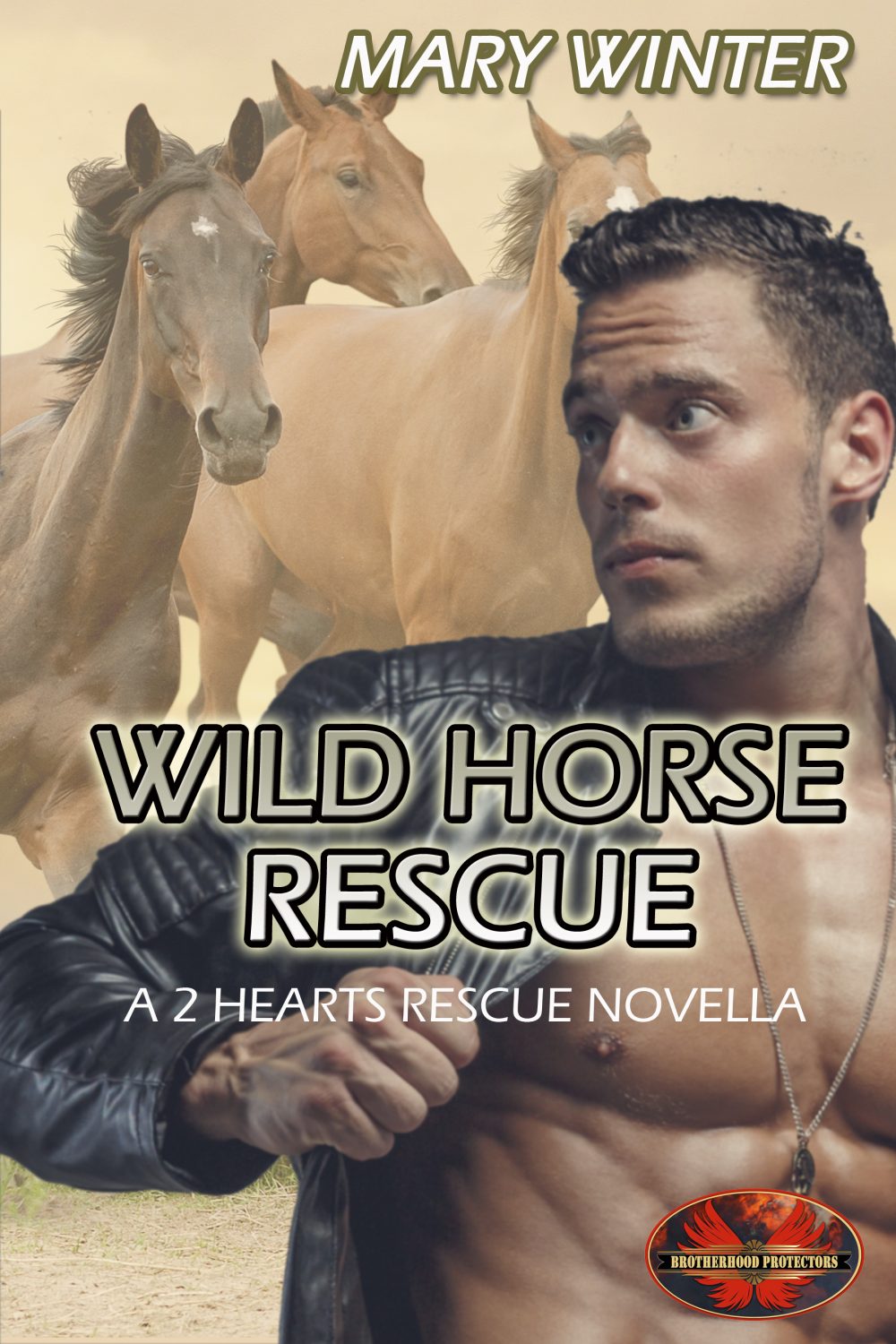 After her friends at the 2 Hearts Rescue allowed her to stay with them after a bad breakup, acclaimed wildlife photographer, Erika Alberts, eagerly went to the Crazy Mountains in Montana to photograph wild horses for their fundraising calendar. It doesn’t hurt that the last time she was there, she spent a week in the arms of Logan Ryder, a sexy Airman who made all her fantasies come true. This visit isn’t adorable foals and beautiful sunrises, because her camp has been sabotaged and things just aren’t adding up. She’s afraid her ex is back and he’ll stop her work at any cost.

Logan “Mustang” Ryder knows Erika won’t be happy if she learns her friends hired him to keep an eye on her. He’s the perfect member of Brotherhood Protectors to take the job. Not only is he a former ParaRescue with the Air Force Special Ops, but their motto “that others may live” is more than a duty, it’s a way of life. He remembered Erika from a hot week they’d spent while he’d been on leave a few years ago, and he’s wanted her ever since. It’s his job to keep her safe from a crazy ex-boyfriend and to convince her that he’s ready to settle down—with her.