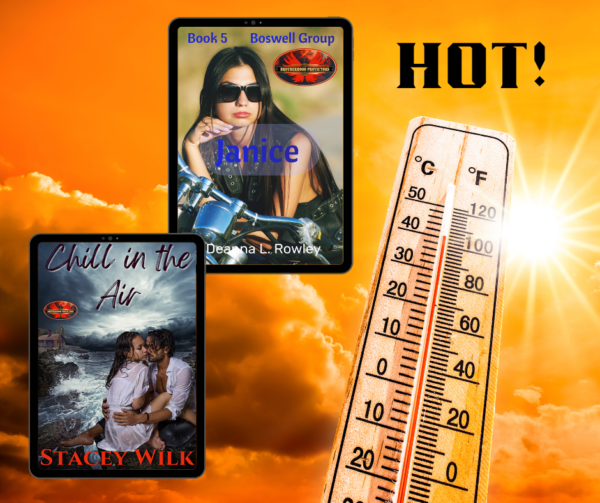 Chill in the Air

What to expect: These books will be written by other authors, sometimes in different genres or sub-genres. They could be sweet, sexy, paranormal, thriller or westerns. You get to try different authors by visiting my Brotherhood Protectors world through their stories.

For more information on the books to be included in the BROTHERHOOD PROTECTORS World:

Men and women in the military belong to an elite brotherhood. From the moment they enter the armed forces, they learn the value of protecting each other in order to defend the values and people of their great nation. These values hold fast even as SEALs, Delta Forces, and Army Rangers transition from active duty to life as a civilian. Brotherhood Protectors is the brainchild of retired SEAL Hank Patterson who saw it as a way to harness the energy, integrity, and desire to protect those separating from active duty. Based in Montana against the backdrop of the Crazy Mountains, this elite organization is made of the best of the best. Some of these fighting men were born and raised on ranches, cowboys at heart, ready and willing to tackle their assignments. Others might be new to ranching, wrangling, and dealing with livestock. But all are ready and willing to protect others, using the skills they learned in the military. In the mountains and on the ranges of Montana, these fighting men meet their matches and fall victim to love they can not resist. Who will be next to take on the challenge?

Authors, if you want to write for ELLE JAMES’S BROTHERHOOD PROTECTORS World contact me at