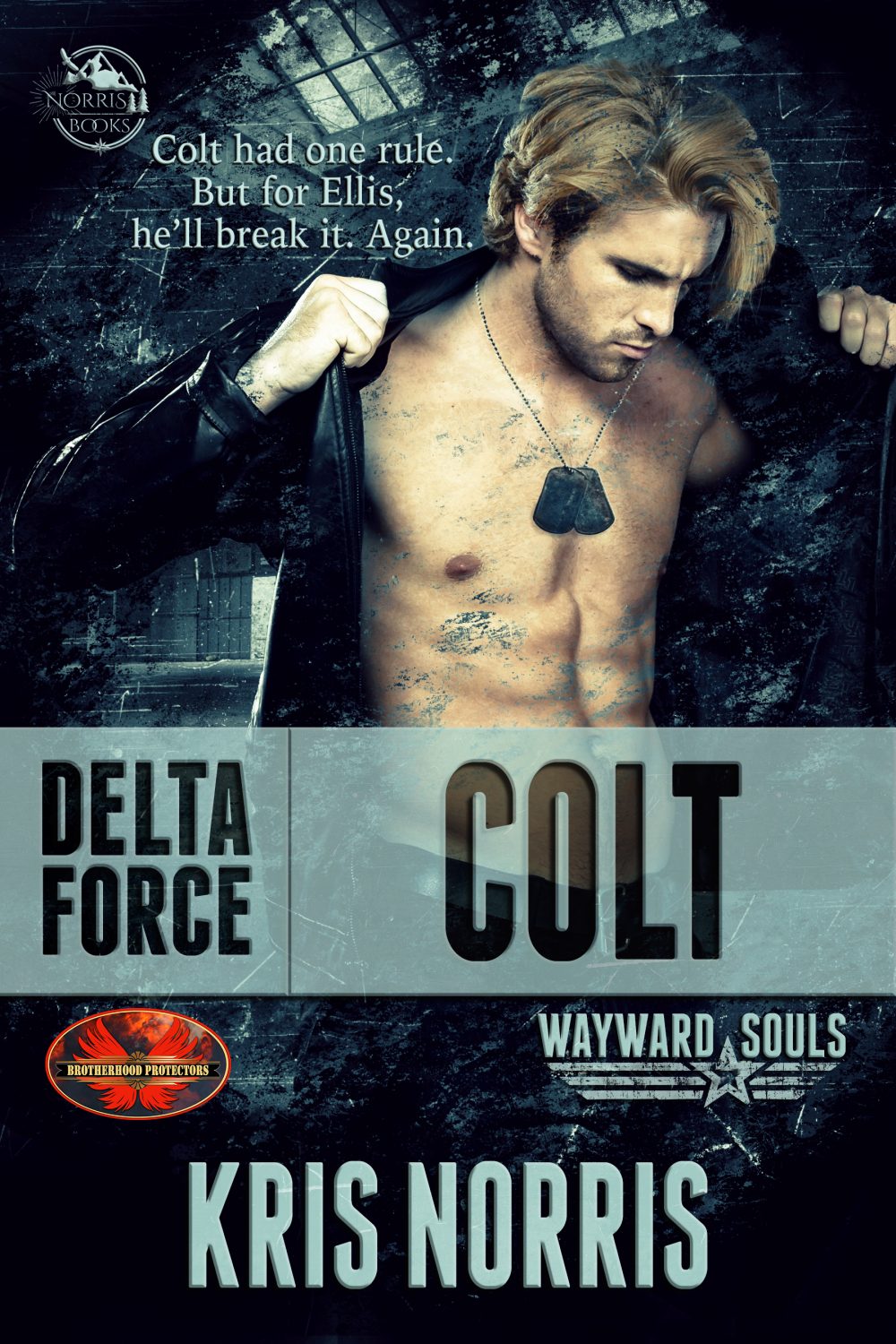 Colt had one rule. But for Ellis, he’ll break it. Again.

Delta Force soldier Brett “Colt” Sievers lives his life by a creed—anything for the sake of the mission. There’s no risk too high. No sacrifice too great. No rule he won’t break—except one. No falling in love. So, losing his heart to Ellis Baker is more than a breach of protocol—it’s a colossal mistake. One he’s still paying for five years later. And the reason he’s never crossed that line, again.

Newly discharged, and working for his former commander, Colt’s determined to keep his life simple. Until Ellis stumbles across his doorstep. Tortured. Hunted. Undeniably sexy. Colt doesn’t want to care. To be anything other than her temporary savior. Too bad his heart didn’t get that memo.

Getting involved, again, is dangerous. She’s got secrets—the kind that end bloody. That could get him, and his team, killed. But Colt’s never failed a mission before, and once he commits, there’s no turning back. He’ll unearth the truth, save the girl, or die trying. Even if it means breaking that rule one more time. Because if Colt can’t keep Ellis alive, he’ll never get his second chance at his first love.