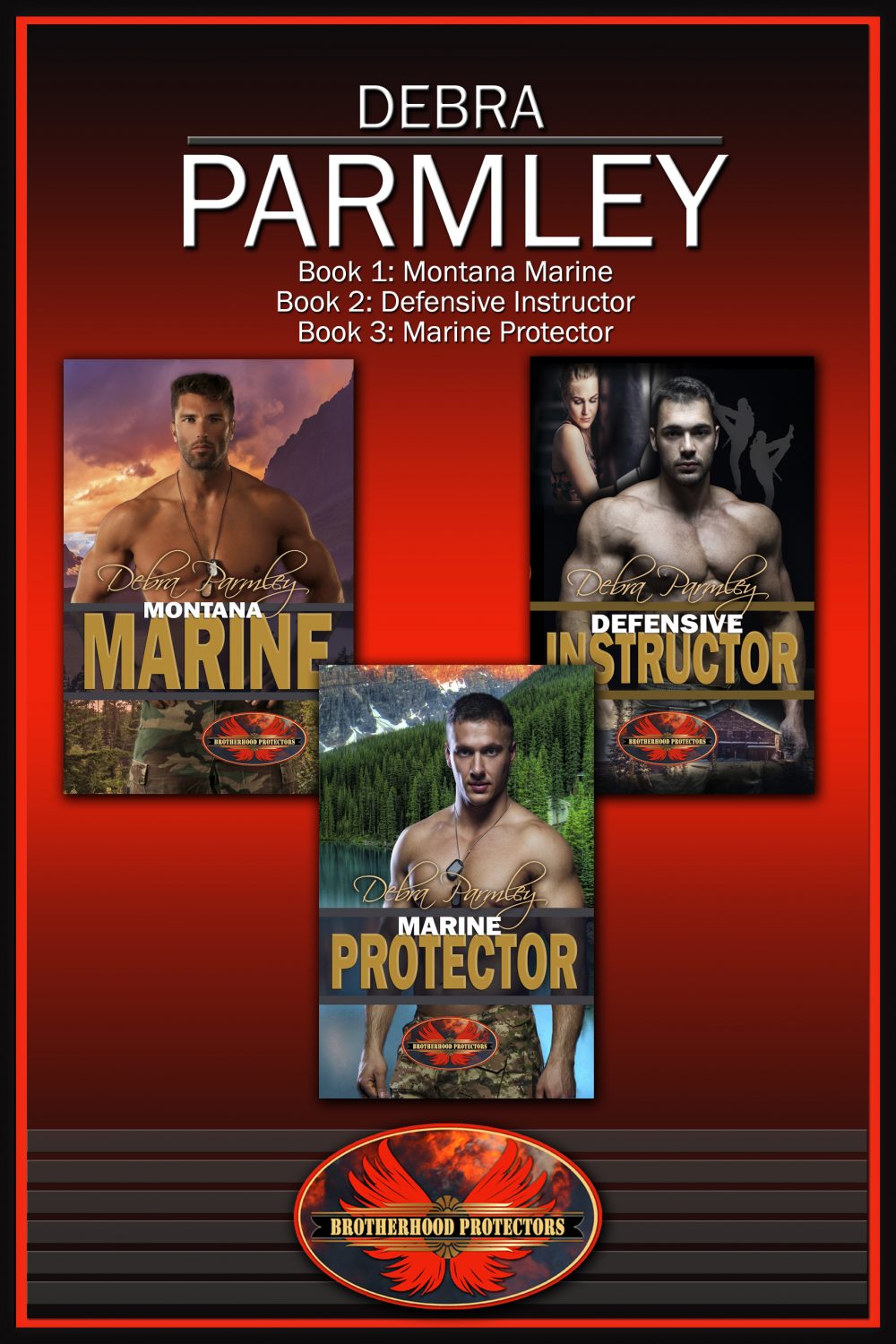 Marine Recon Gunnery Sergeant Jack “Gunny” Barr has retired and returned to Texas when he’s hired by The Brotherhood Protectors bodyguard service in Montana. His job is to protect the volatile actress Angelica Glory. She’s a bombshell and an obsessive stalker has fixated on her as a target. Lucy Wood, her shy assistant, has her hands full watching out for her. When the women are sent to Montana to lay low until the stalker is caught, Angelica has nothing to do but lay by the pool drinking rum and cola while trying to seduce the hunky bodyguard set to protect them or die trying. Jack and Lucy are drawn to each other, but working for Angelia leaves little time to see where their desires might lead. A dangerous stalker with a love obsession is determined to have the woman of his dreams.

Nestled in the Mountains of Montana, in Eagle Rock, is the western branch of the Courage and Confidence Center for Women, aka the Three C’s Ranch, where women who’ve been attacked go to learn skills to survive and thrive. Barrett Williams, former Green Beret and Brotherhood Protector, is lead self-defense instructor at the center. He doesn’t intend to fall for the delicate beauty in his class who fights hard to be as strong in body as she is in spirit.

Chyna Taylor rides the bus line from Cincinnati to Eagle Rock, changing her appearance to avoid being recognized. She wishes she wasn’t small boned and easily overpowered. Before her ex lost it and put her in the hospital, she’d never fought. She swore never to be a victim again. Determined to learn to thrive at the center, she doesn’t plan to fall for the big, strong man who is her instructor. Neither realizes they have little time to get her ready for the fight of her life.

Phoebe “Red” Adams swore she was never going to join any kind of group again. And the tattoo on her skin and under her skin, which read “property of Z”, had to go. At the Three C’s ranch, she was determined to learn how to fight hard and how to step into a new life. She’d go to the required classes and otherwise keep to herself. The last thing she was looking for was a new man. She was too busy hiding from her violent ex and his motorcycle club, for if Z found her; she knew he would kill her.

Sergeant Tim “Timbers” Watson USMC opted not to re-enlist in order to stay home when he learned his dad had six months to live. After his father’s death, when an offer came in from the Brotherhood Protectors, he stepped up. Providing security would be a breeze compared to his time in Iraq.

Little did she know that when she met Timbers, her walls would start coming down. He wasn’t put off by Red’s attitude or the walls she’d put up. He’d take those logs down slowly and show her the difference between her controlling, violent ex and this Marine who fought for his country and his women to be independent.