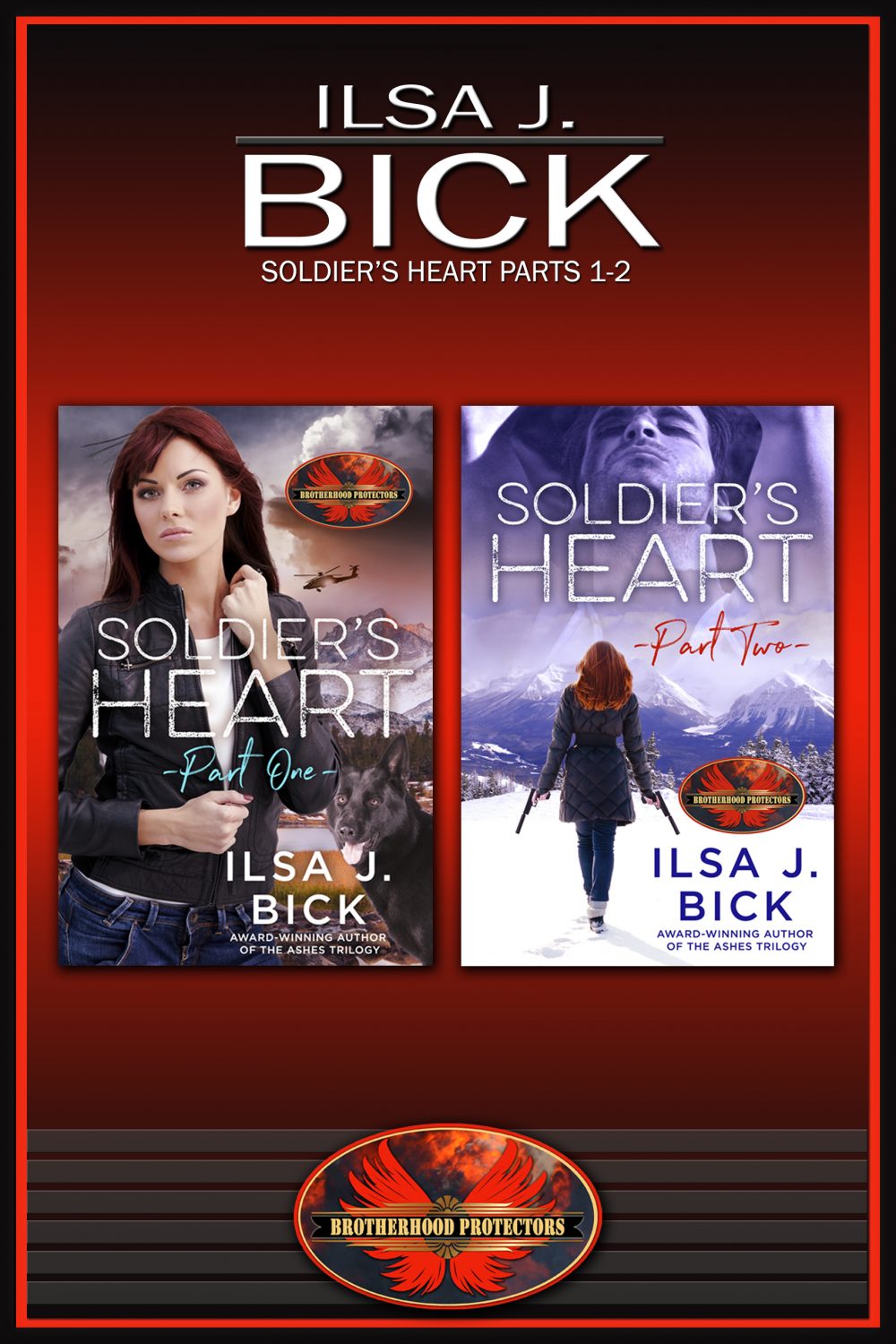 Every Soldier is Haunted.

For Army medic Kate McEvoy, her last mission in Afghanistan will be a mixed bag. On the one hand, there’s still so much to do. On the other, she and Jack Campbell, who’s also her CO, can finally be together. Except things don’t go according to plan and when Kate wakes up, she’s got nothing left—

Until the day a colonel from a top-secret DARPA project offers her a new mission she’d be batshit crazy to refuse.

Some Wounds Can’t Be Seen.

Sarah Grant had a fairy tale life: wealth, beauty, smarts. Then, two years ago, Pete Cooper, an Army dog handler and her lover, was killed in action. Desperate to hang onto Pete, Sarah adopts his military working dog, Soldier. Plagued by PTSD, though, Soldier’s a wreck. Then, again, so is she—

Unless she can allow Pete’s brother, Hank, to heal her damaged heart.

And Not Every Wound Heals.

Haunted by memories of Afghanistan, Army MP Gabriel Dane risks everything on a treacherous trek through the Black Wolf Wilderness. Maybe he makes it out, maybe not. He doesn’t much care. But then he meets a mysterious woman named Mac, who’s insanely strong, a little spooky—

And much more than she seems.

Everyone Has A Secret.

Gabriel Dane has disappeared. Worried, Kate McEvoy sets off in the middle of a freakish snowstorm to track him down. She’s also curious about what she can do now. The biobots in her brain are changing Kate in ways her DARPA masters never intended and don’t suspect.

And if they catch on to what she’s becoming, they’ll never let her go.

And Two Can Keep A Secret…

There’s distant gunfire in the Black Wolf, but there’s also nothing Sarah Grant or Hank Cooper can do. Instead, they’ll wait out the storm, and who knows? Because Sarah wonders if maybe it’s time she let Pete go—

Until the moment Sarah happens on photographs she’s never seen and realizes what she believed about Pete is a lie Hank’s been happy to keep.

If One Is Dead.

Kate is a lone wolf but never alone. Jack Campbell lives in her mind and at the tail of her eye. Created by her enhanced brain, Jack is the ghost in her machine: a phantom whose power only grows…

And one which may have plans of its own.